PSYOP: Leaflets Dropped on ISIS and Rebel Fighters in Syria Ahead of Russian Offensive 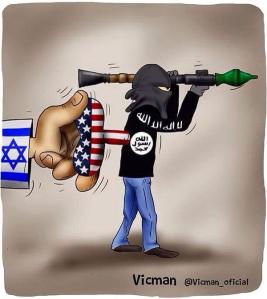 Leaflet dropped on ISIS and rebel fighters in Syria ahead of Russian ground offensive.

Syrian army helicopters have dropped tens of thousands of leaflets on ISIS and rebel fighters, warning them to get out now and ‘don’t make it even worse for yourselves’.

The flyers were let go over the embattled cities of Rastan and Talbiseh, which have been pounded by Moscow’s warplanes this week and where Russia claims 5,000 ISIS and al-Nusra Front terrorists are stationed.

I am a Tlingit, born and raised in Tlingit Country, and a proud member of the Tlingit Nation.
View all posts by Vince »
« Evidence Suggests Clinton Ran a Parallel, Outsourced State Dept.
Steven Seagal: Mass Shootings in the US are “Engineered” »