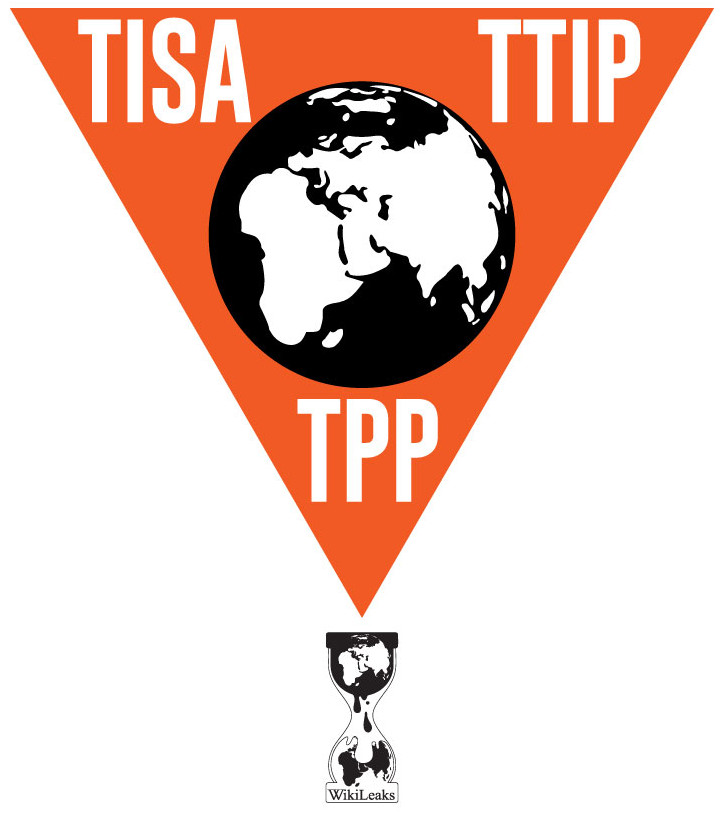 Moday, 9 October, 2015 WikiLeaks releases the final negotiated text for the TPP (Trans-Pacific Partnership) Intellectual Property Rights Chapter. The TPP encompasses 12 nations representing more than 40 per cent of global GDP. Despite a final agreement, the text is still being withheld from the public, notably until after the Canadian election on October 19.

The document is dated four days ago, October 5th, or last Monday, the same day it was announced in Atlanta, Georgia that the 12 member states to the treaty had reached an accord after five and a half years of negotiations.

The IP Chapter of the TPP has perhaps been the most controversial chapter due to its wide-ranging effects on internet services, medicines, publishers, civil liberties and biological patents. “If TPP is ratified, people in the Pacific-Rim countries would have to live by the rules in this leaked text,” said Peter Maybarduk, Public Citizen’s Global Access to Medicines Program Director. “The new monopoly rights for big pharmaceutical firms would compromise access to medicines in TPP countries. The TPP would cost lives.”

Hundreds of representatives from large corporations had direct access to the negotiations whereas elected officials had limited or no access. Political opposition to the TPP in the United States, the dominant member of the 12 negotiating nations, has increased over time as details have emerged through previous WikiLeaks disclosures. Notably, the Democratic front runner, Hillary Clinton, came out against the TPP on Wednesday saying: “Based on what I know so far, I can´t support this agreement.” This is a populist reversal by Hillary Clinton as earlier she has hailed the TPP as “the gold standard in trade agreements”.

In June the House of Representatives of the US Congress narrowly approved to “fast-track” the TPP, preventing the Congressmen from discussing or amending any parts of the treaty, only vote for or against it. 218 voted for the “fast-track” measure and 208 against. Only 28 House Democrats backed it. TPP is the first of a trinity of US backed economic treaties, the “Three Big T’s”, to be finalized. The other two being Trade in Services Agreement (TISA) which covers 52 countries and TTIP, the EU-US version of TPP.