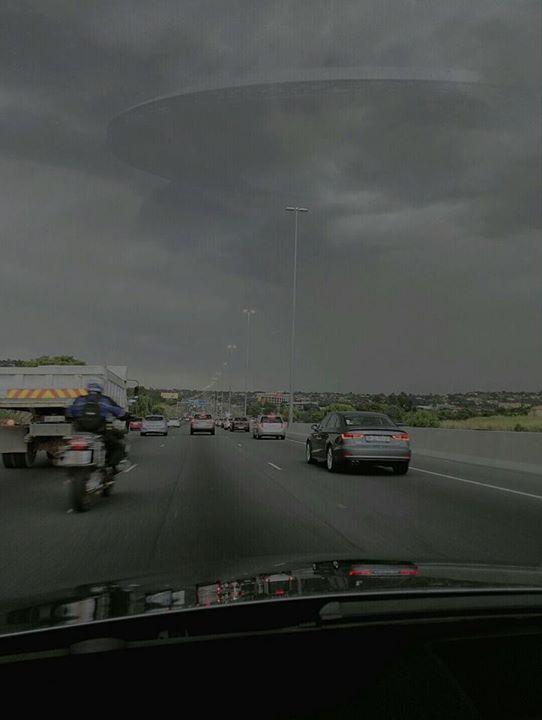 This image, purportedly of a UFO mothership coming out of cloak, has gone viral on Facebook with over 2,400 shares so far. Chatter seems to indicate that multiple ships have been spotted across the world…. Is this real? Or a hoax only made possible by modern social media?

Let’s assume it is entirely real for a moment. If it was real would this be something that the governments of the world would want to cover up? Probably. Do they have the capability to engineer such a cover up? There are already multiple comments on social media calling this a hoax. A swarm of such comments would certainly help to paint this incident (or others like it) as phony.

We know that Russia has a professional troll army whose job it is to leave pro-Russia and pro-Putin comments all over the internet. We also know that the United State’s National Security Agency has a program whose sole purpose is to take over hacker botnets, putting hundreds of thousands of infected computers at their disposal. Could such troll armies and government controlled botnets be used to engineer a massive social media cover up? Probably.

I am a Tlingit, born and raised in Tlingit Country, and a proud member of the Tlingit Nation.
View all posts by Vince »
« Mysterious UFO dubbed ‘WTF’ is on a collision course with Earth
Iran to Join BRICS Development Bank »