9/11 incident one of the biggest lies told to Americans: Former CIA contractor 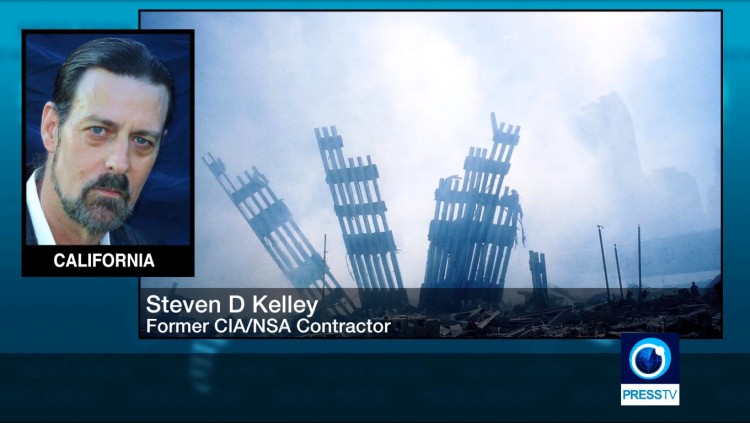 Listen to the interview at Press TV

The September 11, 2001 incident in the United States is one of the biggest lies that have been told to the American people, a former CIA contractor says.

Steven D Kelley made the remarks in an interview with Press TV on Thursday while commenting on a report which says the Central Intelligence Agency (CIA) had issued legal threats against the producers of the documentary film “9/11 Press for Truth” who found explosive evidence of a cover-up regarding the intelligence the agency had.

The CIA contacted producers Ray Nowosielski and John Duffy on September 8 regarding their extensive research, interviews and findings that led them to discover the identities of two key CIA analysts who were instrumental in covering-up the 9/11 attacks.

“Normally, with a story such as this, they try not to give any energy to it, because that’s only going to give publicity and give more credibility to the story,” Kelley said.

“In this particular situation where the producers of the film are actually dealing directly with the CIA, and presenting information… that they were asking permission to interview these people under the pretence of assuming to do everything proper, I suspect that the agency had no choice but to take advantage of restricting who they were able to talk to,” he added.

I am a Tlingit, born and raised in Tlingit Country, and a proud member of the Tlingit Nation.
View all posts by Vince »
« Former NSA Tech Director says “Fire everyone in DC!”
Earth-Sized Exoplanet Discovered »