All 151 Organizations of the Corporate Alliance Backing the TPP 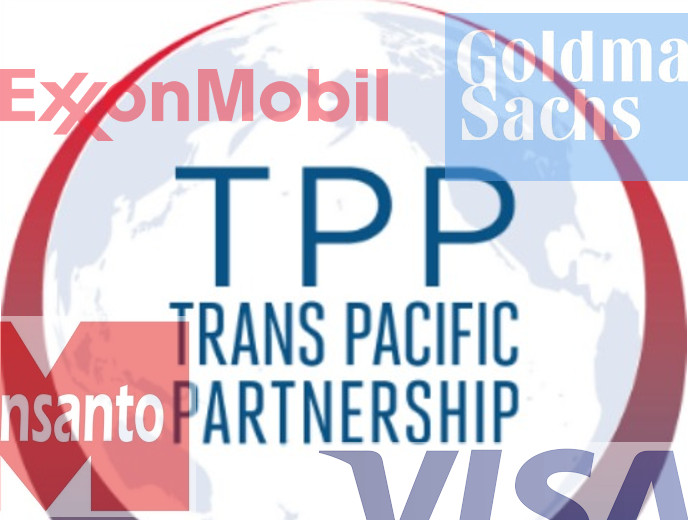 The Intellectual Property Rights Chapter of the Trans Pacific Partnership treaty was recently leaked by Wikileaks. In it’s analysis of the document, The Electronic Frontier Federation reported that the treaty is a protectionist agreement for copyright holders at the expense of the public, saying that it is “the archetype of an agreement that exists only for the benefit of the entitled, politically powerfully lobbyists who have pushed it through to completion over the last eight years.” The agreement includes expansions on copyright terms, bans on circumventing Digital Rights Management (DRM), and “the full frontal attack on hackers and journalists in the trade secrets provision.”

A report on the lobbying activities behind the TPP agreement revealed that the U.S. Coalition for TPP, a group of corporations and trade associations backing the TPP, has spent at least $658 million on federal lobbying in 2014. Members of this same coalition have spent $1.14 million on contributions to US Senate Campaigns through March of 2015 and House Representatives who voted yes for the Trans Pacific Agreement received $230,000 more on average from coalition members over a 2 year period than those who didn’t.

With the nefarious nature of the TPP and the powerful lobbying effort behind it, it is important that citizens know who is backing the agreement and actively lobbying for it’s passage. Below is a list of the 151 corporations and trade associations that are a part of the U.S. Coalition for TPP.

I am a Tlingit, born and raised in Tlingit Country, and a proud member of the Tlingit Nation.
View all posts by Vince »
« Autism Is Not On The Rise
The Holistic Doctor Deaths… 12 Dead by Murder, Suicide or Overdose in 2015 »